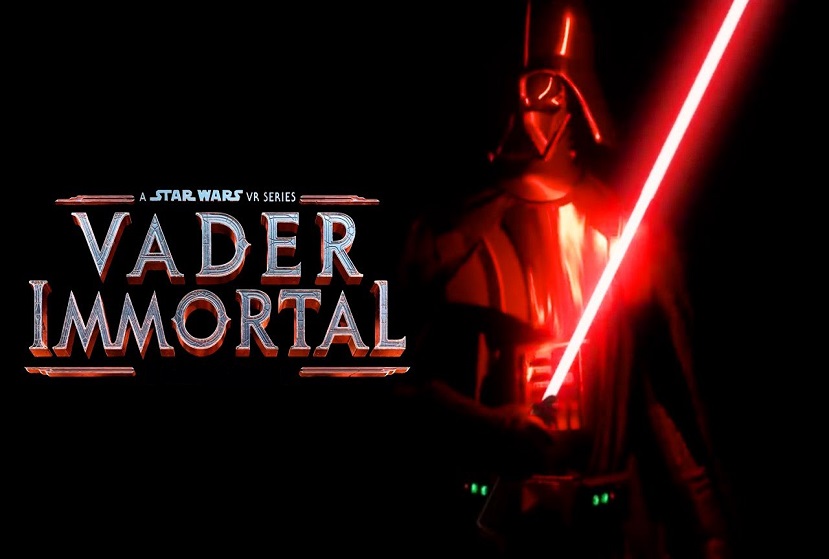 Vader Immortal is a short-form narrative VR game for the Oculus Quest and Rift headsets, written by screenwriter David S. Goyer. It’s composed of three episodes, each of which lasts less than an hour, although there’s a non-narrative “lightsaber dojo” for long-term play. The episodes tell an original story set between Revenge of the Sith and A New Hope, centered on an unknown smuggler (you) who is pulled into a grand scheme by Darth Vader himself. The episodes feature lots of different gameplay mechanics, from scrambling up ladders to fighting lightsaber duels. But they add up to something that’s less of a traditional game than an interactive movie — and a great wish-fulfillment fantasy.

It’s set on the lava planet Mustafar where your smuggler protagonist has been grounded and captured by Darth Vader. Your down-to-earth droid copilot ZO-E3 (voiced by Maya Rudolph) helps you temporarily escape alongside one of Mustafar’s few residents. As you try to leave Vader’s fortress, you learn that you’ve got Force abilities and that Mustafar wasn’t always lifeless. A long-gone royal named Corvax destroyed it in a disastrous attempt to resurrect her dead husband with the Bright Star, an extremely powerful MacGuffin that looks sort of like the new Firefox logo. You, it turns out, are Corvax’s long-lost descendants. And since she made the somewhat questionable decision to restrict her inner sanctum (including its elevator repair capabilities) to her bloodline for eternity, you’re the only person who can find the Bright Star again. Vader catches back up with you, adopts you as his new apprentice, and recruits you to help resurrect his wife Padmé. 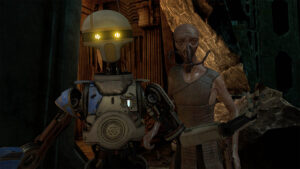 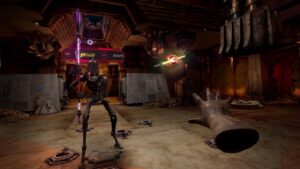