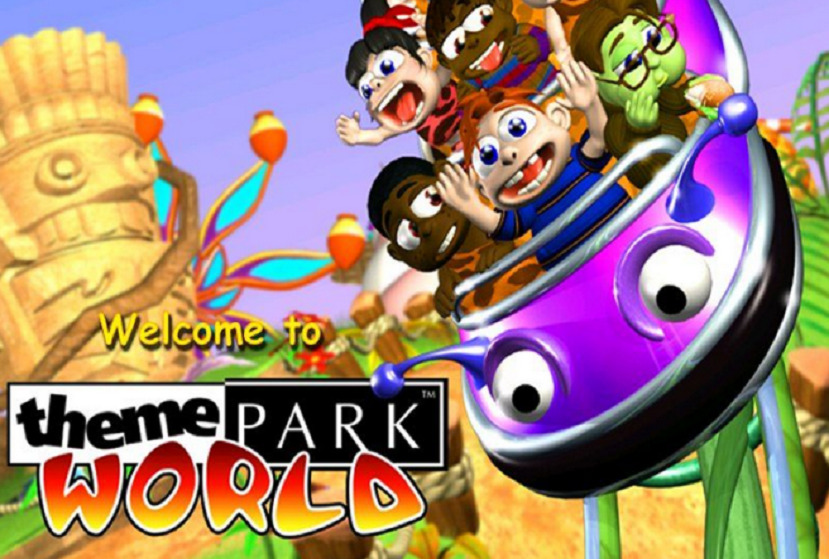 Theme Park World, also known as Theme Park 2, and in North America as Sim Theme Park, is a 1999 construction and management simulation game developed by Bullfrog Productions and released by Electronic Arts. The direct sequel to Theme Park (Theme Hospital and Theme Aquarium are thematic sequels), the player constructs and manages an amusement park with the aim of making a profit and keeping visitors happy. Initially developed for Windows. Theme Park World tasks players with managing a series of amusement parks. To do this, the player must choose how to spend their funds, finding ways to expand the number and scope of their parks while remaining profitable. Money can be used to purchase things such as new rides or attractions and hire staff to maintain the park. As in its predecessor Theme Park, the staff available for recruitment include mechanics, cleaners (known in some versions as handymen ), entertainers, and guards, but Theme Park World also introduces a new role: scientists (known in some versions as researchers. The staff repair rides, clean litter, entertain visitors, ensure the park’s security, and research new rides, shops, and attractions.

Staff can be trained to make them more efficient, and require frequent rest in staff rooms. Rides can be upgraded to increase their reliability, capacity, and speed, as well as provide additional components for track-based rides, such as jumps and tunnels for race tracks, and loops for roller coasters. Toilets and features such as bins, speakers, and security cameras can also be purchased. Various elements can be controlled by the player, such as the name of the park, the price of admission, the layout of the roller-coaster tracks, and the quality of goods in the shops. The player can build cafés, novelty stores, restaurants, and parlors for foodstuffs such as chips (fries), ice creams, and burgers. 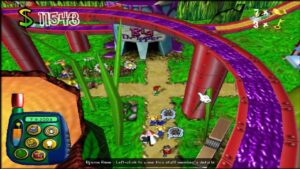 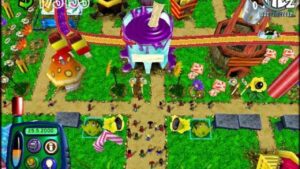