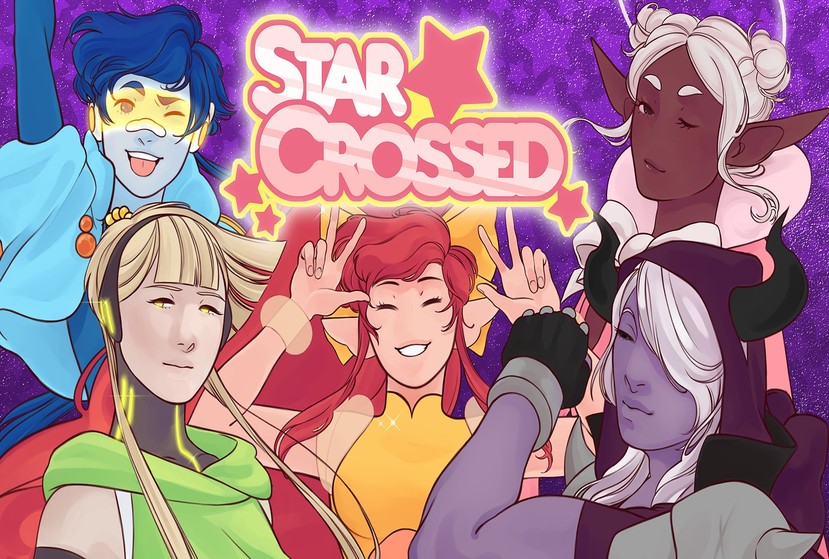 StarCrossed is an action arcade game with a magical girl aesthetic and a cooperative twist! Join our cast of 5 space-faring heroes as they travel across the stars, working together to strengthen their bond and defeat a looming evil that threatens the Nova galaxy! It’s time to team up, get sparkly, and take out the bad guys! Cast of 5 playable characters to choose from, each with their own unique ultimate ability! Designed from the ground up for 2 player local co-op! Split controller offers the option for solo play or an even cozier two player experience. Supports Xbox and PS4 controllers. Get competitive with Arcade Mode, featuring a global high score leaderboard! Explore the galaxy in Story Mode, with visual novel style dialogue scenes and an epic quest! Original soundtrack of magical and spacey tunes, composed by PearlPixel!

StarCrossed plays like a classic arcade space shooter except your only weapon is the star bouncing between you and your partner. Timing and teamwork are key! Use your positioning to line up the perfect shot and defeat the waves of enemies! In Arcade Mode, it’s an all-out race for points against increasing waves of enemies. The longer you play, the harder it’ll get, so it’s up to you and your partner to play your hearts out and reach for the stars! Your scores will be saved for easy viewing, and even be visible on a Global Leaderboard! The Nova Galaxy is an empire of unified peoples, physically pulled and held together through time and space with the power of the Harmony Crystal. Though it is constantly protected by the royal family, in past times of crisis the Harmony Crystal has anointed five heroes to defend it from harm and thus keep the galaxy unified. StarCrossed is the story of a new time of crisis and the new heroes chosen to fight. 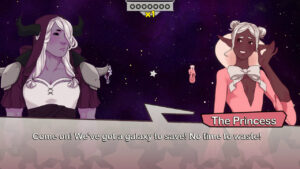 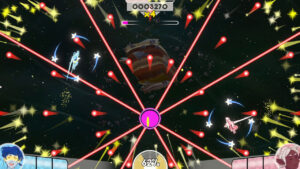