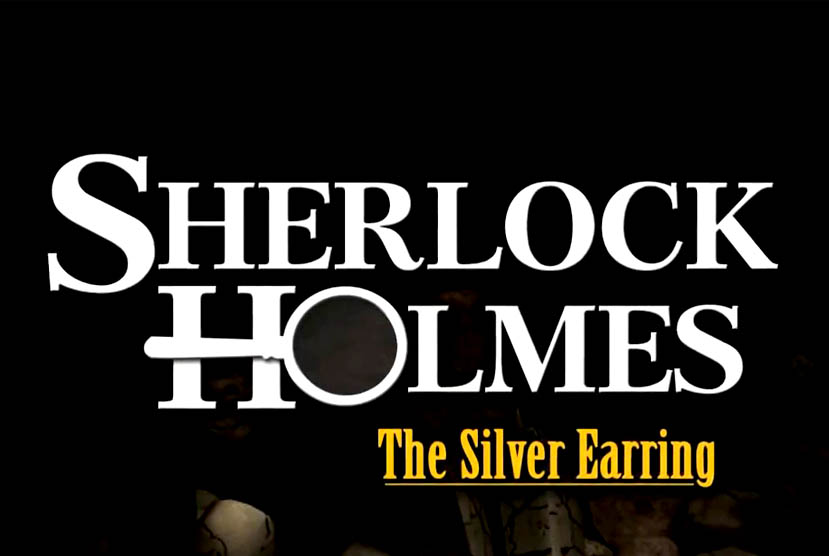 At a reception organised in honour of his daughter, Melvyn Bromsby, a rich tycoon, is about to make an important announcement concerning his future business affairs when, all of a sudden, a shot rings out. Sir Bromsby collapses, having suffered a mortal wound to the heart. A baffling murder, dozens of witnesses and numerous places to visit around Victorian London.

You play Sherlock Holmes, and use all your skills to shed light on this mysterious case. Assume the role of Sherlock Holmes and Doctor Watson and meet all the heroes of the novels: Inspector Lestrade, Wiggins, Mycroft and many others Investigate 5 murders! Over 40 witnesses to question, 200 clues to uncover and over 25 hours of gameplay to solve the mystery. 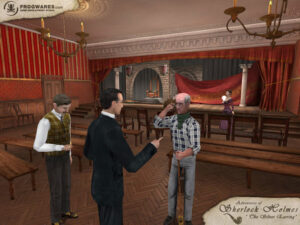 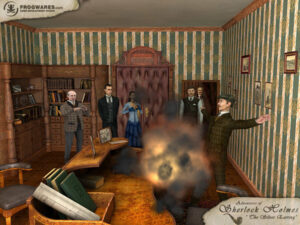