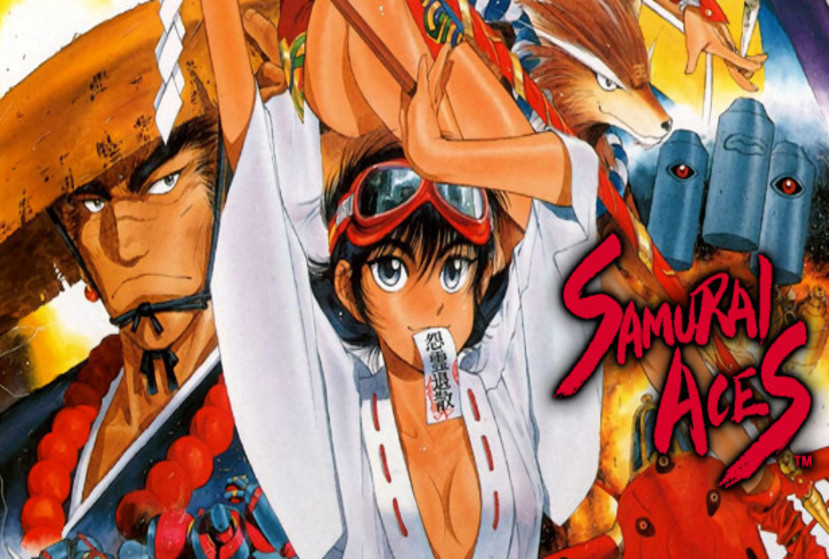 Freaky Japanese-style shooter known as the debut of “Psikyo”. Samurai Aces is a vertical-scrolling shooter game that first appeared in arcades in 1993. The roots of “Psikyo shooter” are here, with the randomly chosen levels, eccentric bosses, dramatic demo, and the vicious aiming bullets that would later be called “Psikyo Bullets”. You can set the difficulty level, life, number of continues, controls, screen orientation, and more. In addition, now we have online rankings! Be the world’s best Samurai Ace! Characters: Blonde haired kunoichi “Jane”, Turbo monk “Tengai”, Super genius dog “Ken-oh-maru”, Rampaging maiden “Koyori”, Macho samurai “Aine”, Anatomic machinist “Gen-nai”. Planes: Power up with “P” items, with sub-weapons also added. Get bombs with the “B” item to wipe out enemy bullets and evade your foes! Unleash the super shot to take down your enemies!

Arcade mode: 7 levels of difficulty can be selected for beginners. Now players can really test out their skills with a “HARD” and “VERY HARD” mode. We’re looking for recruits who are up for the test. Local rankings will support all difficulty levels and your own planes. Options: The vertical screen mode that allows you to play in arcade style like back in the day. Select the screen filter from the normal +2 version. You can set the number of lives from 1 to 9 and the number of continues from 0 to unlimited. Assign “Shot”, “Auto Shot” and “Bomb” in the key configuration. The vertical screen mode can be operated in the horizontal mode as well! Now enjoy a completely different gameplay. Score Attack: This is a new feature that has a very severe mode with a fixed difficulty level and number of lives. Compete in high scores and score attacks against players from all over the world! Online rankings can be viewed from the options menu. 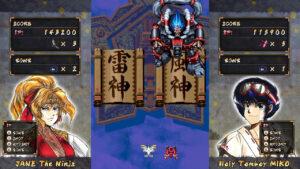 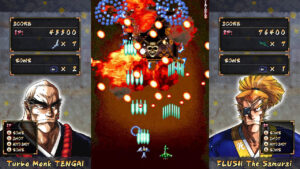