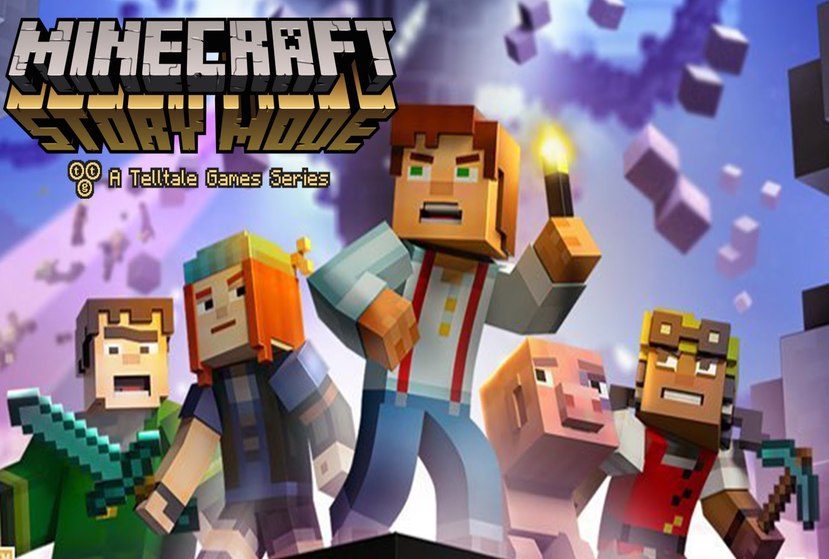 A long time ago, a group of friends—Gabriel (a warrior), Magnus (a TNT expert), Ellegaard (a Redstone mechanic), and Soren (a sorcerer)—travelled to the End and defeated the Ender Dragon, leading to them being hailed as heroes and becoming known as “The Order of the Stone.” In the present, Jesse, their friends, Olivia and Axel, and pet pig Reuben, prepare for the annual EnderCon building competition, which they lose every year to their rivals, the Ocelots. When the Ocelots attempt to sabotage their build, Reuben is scared away into the woods, so Jesse goes after him, in the process stumbling upon their friend Petra, who convinces them to help her sell a Wither skull to a man named Ivor at EnderCon.

However, Ivor tricks them and makes off with the skull, so Jesse and their friends pursue him to his hidden underground laboratory, discovering that he plans to attack Gabriel (who is a guest speaker at EnderCon) with a special Wither that has a Command Block in its chest, in order to prove he isn’t a true hero. However, the situation soon escalates as Ivor loses control of the Wither, which transforms into the Wither Storm and begins to consume everything in its path. Jesse, their friends, and the friendly Ocelot leader Lukas manage to escape through a Nether portal at Gabriel’s nearby fortress, though both he and Petra are sucked into the Wither Storm, not before Gabriel gives Jesse an Amulet and tells them to find the other members of the Order of the Stone. 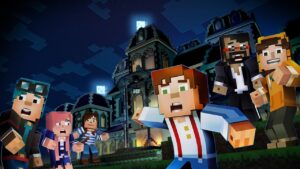