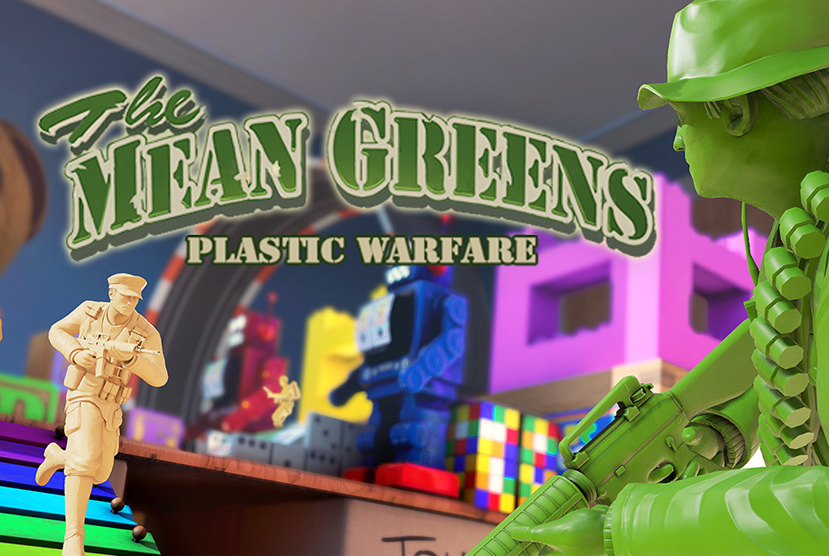 Take part of history’s greatest battle of Green VS. Tan. Jump, shoot and roll your way into victory with fast paced objective based gameplay. Sometimes the greatest battles are fought by the smallest of soldiers. The Mean Greens is a 3rd-person shooter played from the perspective of toy army soldiers. What does a bathtub, sunken boats, rubber ducks and a giant octopus have in common? The Mean Greens Bathtub Bash that’s what! Hop onto the floating rubber ducks and ride to the sunken ships in the middle of the map. Avoid crossfire, grab a flag off of the ship, and carry it to your base. The team with the most flags at the end of the round wins. It’s game night! As The Mean Greens battle against each other in an all-out paper-craft war, more than dice will roll across this table.

Go head-to-head as tan and green teams fight for control of the city. The objective is simple, be the first team to reach 30 kills. Even a beautiful aquatic adventure has its dangers. Run over aquarium décor and capture flags in sunken ruins as you square off in an underwater playground. Fight your way across the duel bridges to steal the flag that sits in the sunken temples. This map puts a whole new twist on the traditional capture the flag mode with its “Low – gravity” action and captivating nautical theme.It’s full on war to conquer the counter top in this decked out kitchen! Push the other team’s cup off the counter and destroy their only way to zipline into your territory. The mood is a bit chilly as you fight your way through this food-filled freezer. Everyone melts the ice cube in the center to get to the lower level. 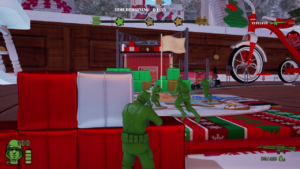 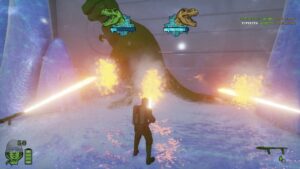