Many people remember the story of Justin and Tracy: A newly married couple who hired a beautiful and sexy foreign nanny to take care of their four-month-old baby when Tracy returned to work. Players took on the role of Justin at a critical moment in his life, when difficulties between him and Tracy threatened to end his marriage, and a lack of sex had him looking at other women. The situation gets more complicated as the gorgeous young nanny, Lisa, turns out to be a temptress, with friends that encourage her to catch Justin’s eye. The game required Justin to navigate a complicated situation, torn between his love for his wife and his lust for the other woman, who was living with them under one roof for the whole summer.

Now, many years after the release of the original game, we want to come back to that story and present it again with more depth. To tell the story more thoroughly, to allow the player to learn more about the characters, and to give more opportunities for arousing adventures. In addition to adding to the story, we’ve upgraded all the visuals as well. All images are presented in 4K and animations now include a breathtaking 40 frames. Even the locations have been upgraded and new locations have been added. 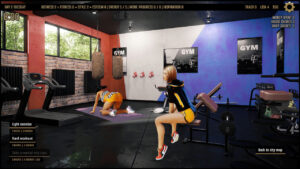 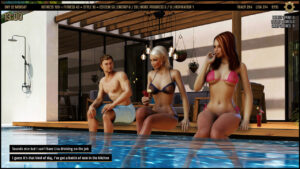