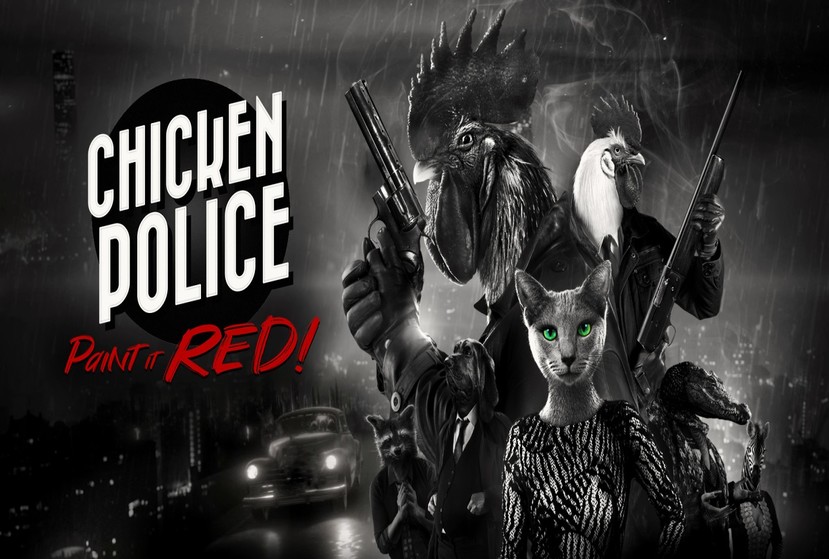 Chicken Police – Paint it RED! is a narrative-driven noir adventure with a complex interrogation system and mystery-solving detective gameplay. Sonny Featherland and Marty MacChicken were once a legendary detective-duo, the Chicken Police. But that was almost a decade ago, and time had passed them by… Now, Sonny is just a semi-alcoholic wreck of a bird on his paid leave, while Marty still hides behind the facade of a star-detective. During their last case, they nearly killed each other, and they haven’t spoken ever since. Now Sonny and Marty are forced to work together on a case that’s weirder and wilder than anything they’ve ever encountered before!

Chicken Police is a story-rich, dialogue-heavy adventure, combining elements of the visual novels and classic adventure games. The game has more than 30 characters to talk to, with some having to be seriously interrogated. Collect tons of clues, evidence, and highly sensitive personal information from the shady characters of Clawville to use ruthlessly against them! There are more than 30 places to visit and some of them will change several times during the story. You can return to previous locations on several occasions to find hidden secrets, meet new characters, or gather information about the world and its inhabitants. 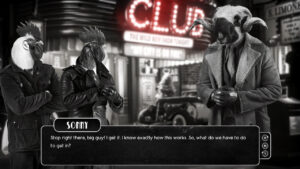 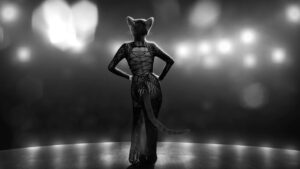