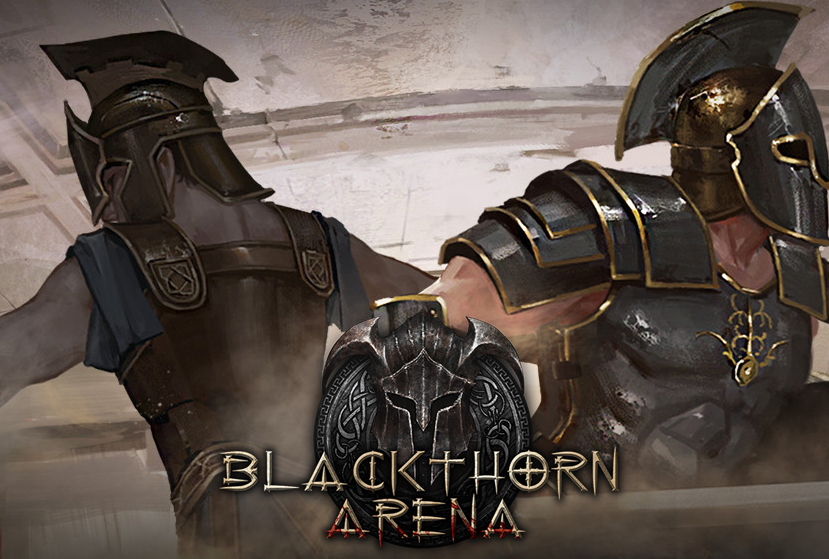 Assemble Your gladiators. Buy slaves and train them into gladiators. You will need to manage their attributes, skills, talents, and equip them with the best armors and weapons you can afford. Some of them may exhibit the capacity to become auxiliaries for your crew, such as cooks, healers, drillmasters, blacksmiths, etc. 2) Claim Your Glory. Send your Gladiators to fight in more than 10 diverse arenas or dispatch them to all kinds of exploration and plunder in the Freelands. Defeat other gladiators and over 30 kinds of monsters. Challenge the champions of other arenas and take over their positions. Create your champions and become the most powerful arena master in the world. Manage Your Arena. Don’t forget you have an arena to manage! As your gladiators win battles in other arenas, you will gain money as a reward, as well as reputation. Money can buy new slaves, better equipment, and upgrades for your establishment when needed. Use your money wisely because everything in running an arena depends on it.

Reputation is important too, as having a high degree of it when holding a game will grant you considerable income. All gladiators Are Living People. All gladiators exist dynamically in the game’s world – not just the ones affiliated with you, but also the gladiators in other Arenas or ones who belong to other masters. NPC gladiators will enroll in different competitions held all over the world every day. They could die, get injured, or grow stronger, just as your gladiators do. Whenever you defeat other gladiators, you can either spare their lives or execute them. If you spare gladiators, you may face them again in future clashes. RPG Character Development Blackthorn Arena offers players a cRPG character development system. Choose between 6 major attributes, 6 weapon types, 8 unique genres, and combine over 100 combat skills to build a unique fighter. There are no classes, so you create your own! Your fighters will also gain various traits during their gladiatorial career. 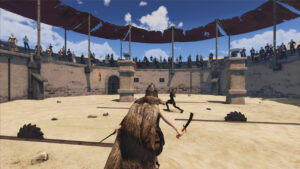 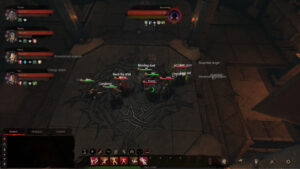